Protecting your privacy within your iPhone is crucial. Whether you are looking for methods for locking apps on your iPhone or restrict a certain app from your kid’s iPhone/iPad, you have landed on the right page. Unsurprisingly, iPhone does not let you lock an individual app such as Photos, FaceTime, or others, so the process to lock the app on an iOS device is different from Android. However, iOS 12 introduced a feature that allows you to protect your privacy and prevent any mishappening by locking certain apps.

In this article, we have covered some of the easiest ways to set up app limits by setting up passwords for your iOS device for a specific app. We have mentioned three different ways on how to lock apps on iPhone, so you can choose the one that is suitable for you.

So, let us get into the tutorial below.

How to Lock Apps on iPhone Using Screen Time?

The App limits will automatically lock apps on your iPhone after the decided time. After the limit is up, you will have to enter the Lock screen passcode if you want to access the app.

How to lock apps on iPhone through Guided Access?

Guided access is one of the easiest ways to lock apps that prevent from leaving the current app that you are currently using. Although it might not be the ultimate solution to lock apps, it comes in handy when you give your child your iPhone and want to restrict them or prevent them from navigating to other apps.

One of the easiest ways to lock apps on an iPhone other than setting up screen time passcode is by touch ID and Face ID. This is only possible for certain apps such as Apple pay, App store, and iTunes.

Can we lock specific apps on iPhone?

Apple does not provide any feature to lock apps on iPhone or iPad specifically. However, you can restrict any iPhone app you want by setting up screen time passcode from the settings. You can also use the alternate way to put a passcode on apps by enabling Touch ID from the settings.

Is there any third-party app lock for the iPhone?

There are plenty of third-party apps that let you set up a passcode or biometric ID for individual apps. However, we do not recommend using third-party apps because this locking app method is risky and needs your iPhone to be Jailbroken.

Is it possible to hide or lock apps on iPhone?

Apple does not officially allow you to hide apps. However, if you want to hide a particular app, you can use the new feature to hide apps from your home screen and move them to the App library. You can also make use of grouping apps into folders to hide them from your home screen so that anyone cannot access them directly. Alternatively, you can also set up a passcode for some apps from settings.

This comes as no surprise that you cannot lock apps directly. However, you can use the option of setting app limits to lock apps on your iPhone or any other iOS device right from the settings on your phone.

Besides, you can use the above methods to protect your content and privacy. We recommend not going with any third-party or fake locking apps that claim to lock apps on your phone because some of these apps can be a potential threat to your phone’s content and invade your privacy.

Choose the easiest option from our mentioned guide about how to lock apps on your iPhone, and you are all set to protect your iPhone. The cherry on top is that you can do everything right from the settings! 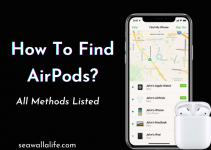