Are you contemplating between Samsung Galaxy S21 vs Galaxy s21 Ultra? You might think that these two devices are similar. It might be one of those marketing schemes where they tweak up the specs a little and increase the price, almost like reselling. However, that’s not the case this time around with the two devices. 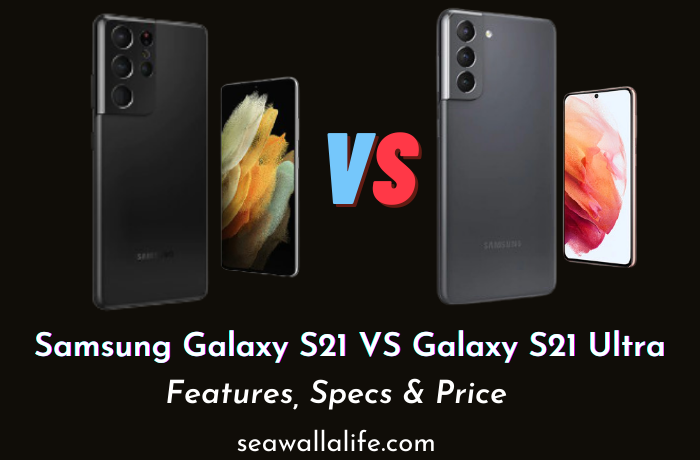 There is a significant difference between the two Galaxy S21 models that are worth taking note of. As Galaxy S21 ultra is available at a higher price, it begs whether it is worth investing in. We are bringing you a complete, comprehensive analysis and evaluation of the two models. It will enable you to make an informed decision.

Before we begin, for the quick buyers, here you have a specification table:

There have been significant cuts in the price, as well. Samsung Galaxy S21 Ultra is cheaper but almost at the benchmark of Note, staying a little below. Meanwhile, S21 is significantly cheaper. So, let’s get down to the review and see if the price and specification differences do make any impact overall:

Both of the models are Samsung’s Flagship and come with Android V11 and Samsung One UI. You get Dual Sim GSM + GSM in both models (nano). While Galaxy S21 supports a 5G network, a new S21 Ultra 5G model will support the 5G connectivity separately. 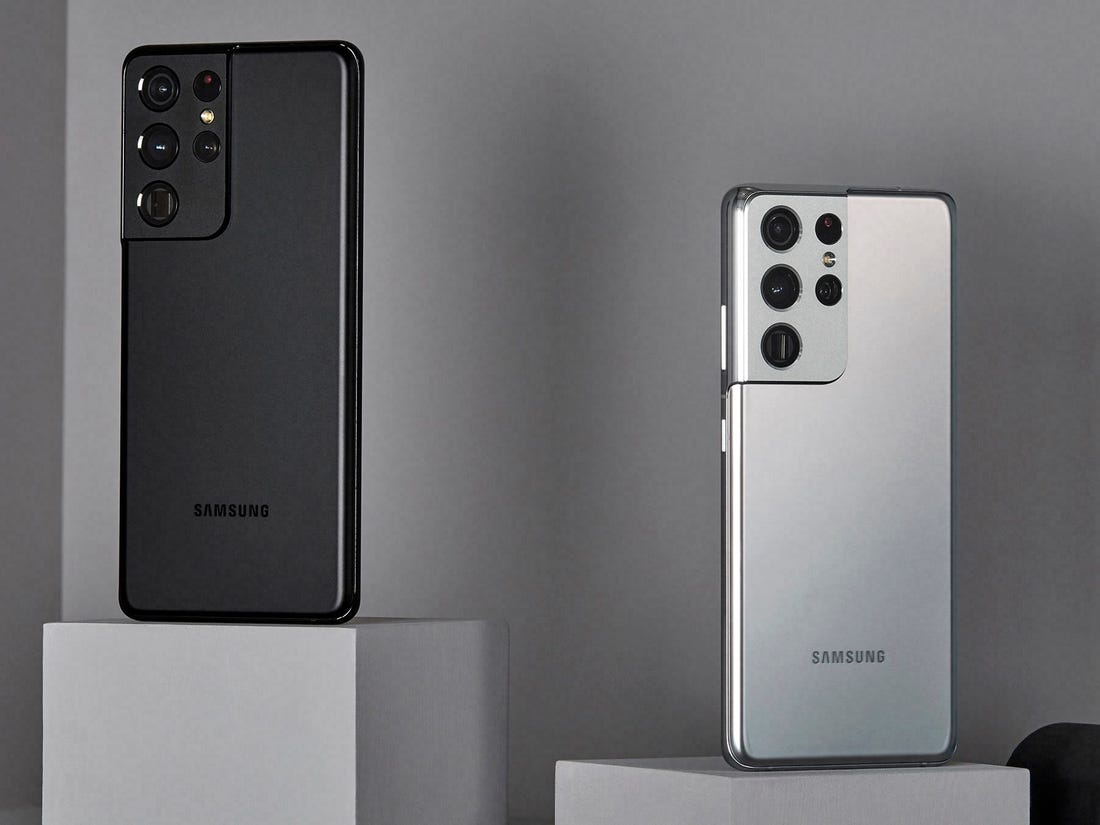 Both have fingerprint sensors and come with 25W fast charging. You get IP68 ratings for both making them water-resistant in the depth of up to 1.5 meters for 30 minutes. These are dust-proof, as well.

Apart from the apparent screen size difference, there are also resolution changes. S21 Ultra has a UHD display (1440 x 3200 pixels), while the S21 base model has HD 1080P resolution. Of course, both of these are significantly good. They both have the same aspect ratio, but S21 Ultra wins the display, especially with higher pixel density. Both have Dynamic AMOLED and 120 Hz refresh rate for smooth interface and experience.

There’s no doubt that both of them offer quite a significant performance boost. Both of them come with an Octa-core processor. They have Samsung Exynos 2100 or Snapdragon 888 chipset.

The only difference is in the RAM. In contrast, the base Samsung S21 has 8 GB RAM, which is still relatively high. The S21 Ultra aces it with 12 GB of RAM and even has a 16 GB ram option. Thus, you can reap the full benefits of the chipset and processing power with higher RAM.

Another point to note is that you can get up to 512 GB of Storage for the Samsung Galaxy S21 Ultra, while the base model’s maximum is 256 GB.

The camera has become somewhat synonymous with great phones. As a general tip, it would be better not to rely on the phones’ camera performance. However, there’s no doubt that if this were a Samsung Galaxy S21 vs. Samsung Galaxy S21 Ultra camera battle, S21 ultra would win without a doubt. Let’s take a look:

You get triple rear cameras in this model.  There is a 12MP primary lens, 12MP ultra-wide, and 64MP telephoto camera. The physical aperture is at 1.8, and it comes with optical image stabilization. There is LED Flash, and the highest image resolution available is 4000 x 3000.

You get the standard exposure compensation, ISO control, continuous shooting, and HDR (high dynamic range) mode for the features. There is digital zoom, auto flash, face detection, and touch to focus.

There is a single front camera at 10MP with phase detection autofocus and 4K UHD at 30 FPS video recording.

Samsung Galaxy S21 Ultra significantly outmatches the vanilla model. First and foremost, you have a quad camera setting with 108MP for the main camera. There’s 10MP Periscope with a 10x optical zoom camera and a 10MP telephoto camera with a 3x optical zoom. There’s also a 12 MP Ultra-wide angle camera. 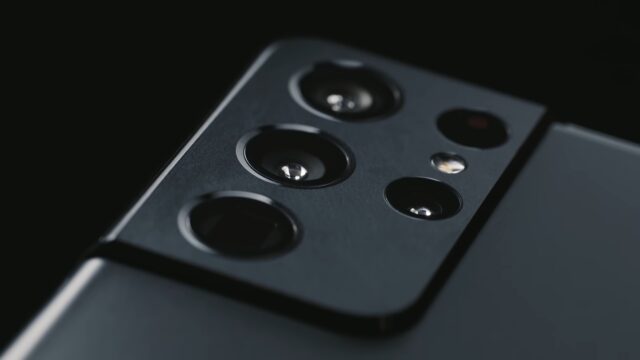 It offers similar features and similar recording prowess at the same FPS. There isn’t any marginal difference there. You get 12,000 x 9,000-pixel resolution for the images, and that’s extremely powerful. So, you can be sure to capture more details and the right color definition with this monstrous camera performance.

Both come with USB Type-C Charging and 25 W fast charging. You have wireless charging compatibility with both of these models. More importantly, the battery life is quite huge on both. The S21 model has 4000 mAh, which provides standard performance.

Meanwhile, S21 Ultra has a 5000 mAh battery, which doesn’t slack and does make a difference. After all, you have higher RAM but the same chipset. So there is a slight tweak in battery performance and longevity, which is worth noticing, especially with battery saver features.

Samsung Galaxy S21 base model (also known as the ‘vanilla’ model) makes some significant sacrifices to make sure that it can be one of the most affordable S series phones out there.

Unlike the previous model, the S21 doesn’t come with a glass back case anymore. It doesn’t have the curved edges for the touchscreen either. Both of these do add to the convenience as the back case won’t shatter on the drop. Similarly, the flat edges make it easier for you to hold and avoid mistakes like accidental touches.

Meanwhile, Galaxy S21 Plus and s21 ultra maintain the same old glass finish for both front and back. Similarly, you still have a curved display like before.

There have been two other significant changes. MST support for non-NFC devices doesn’t exist anymore. Similarly, you can’t expand the internal memory anymore. You’re bound to what you get.

This time around, you can see at least a $200 cut in price than previous models. It is a significant boost because you are getting the latest performance, specs, power, and much more with at least $200 cheaper than the previous model.

1. Samsung Galaxy S21 Base Model Is A Go-To choice

Samsung Galaxy S21 should be your go-to model as it is much more affordable, even compared to the previous Samsung Galaxy S20. You get almost every feature and prominence of the top-tier model. If you don’t want to invest $400 extra for the top model, S21 will suffice.

2. Samsung Galaxy S21 Ultra Is The Best In Class

For an extra $400, you’re getting much higher camera performance, 8-16GB RAM, 256-512 GB storage, Ultra HD display, and higher performance with optimum battery life. It also works with S Pen, so that’s a plus as well. If you truly want to enjoy everything the Samsung Galaxy S21 series has to offer, this would be the best out of the three phones. With that, you have a wrap. You can go ahead and make an informed decision now based on the information provided here.

Why Isn't there a Samsung Galaxy s21 Plus Evaluation?

Galaxy S21 Plus doesn’t bring much to the table. It seems like there are a slightly improved camera performance and battery for a much higher price than the base model. The model isn’t even mid-tier, and it is relatively less popular.

As there is a significant difference between S21 Ultra and the S21 base model, it would be better to give their comparison. S21 Plus vs. others would be a waste of time as it costs much more than the base model without offering much and closes the cost gap of S21 Ultra. Therefore, it is irrelevant.

Can You Use an S Pen With Samsung Galaxy S21?

The pen will work with the Samsung Galaxy S21 Ultra model. However, it won’t come with an S Pen. You’d have to buy it separately.

Is There A Way To Get 5G Support For S21 Ultra?

As you can see, both of them have ultra-wide cameras. One has three cameras while the other has four. Among all three models, these two make quite a difference. Both have snapdragon 888 and water resistance IP68.

You get a 120hz refresh rate. But if you go past the similarities, then the starting price is quite different (Almost a $400 difference between the two models). The specs and improvements might seem a little credible, but the base model would be a go-to.

There's no doubt that Google isn't the best at keeping things secret when it comes down to their flagship mobile phones. If you remember...
Read more
Gadgets

OnePlus 9 – Release Date, Leaks [Everything You Need to Know]

OnePlus is known for its cost-efficient mobile phones that offer you a good quality nearly close to Samsung and Apple mobile phones. Moreover, if...
Read more
Gadgets

Nothing seems to stop Apple when it comes to launching its phones. Although the Pandemic slowed down the release date, the all-new iPhone 12...
Read more
Sea Wall / A Life